Breaking Down Stereotypes About Male Rhinoplasty 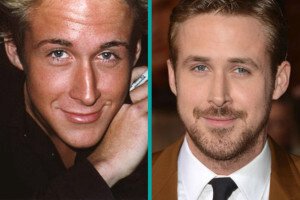 An unfair and untrue belief amidst a lot of the population is that men don’t get plastic surgery. Specifically, there are a lot of stigmas around  male rhinoplasty. However, this notion is far from true. Every single day, men of all ages get rhinoplasty surgery that not only improves the look of their nose, but their outlook on life.

It is a myth, and a stereotype, that men don’t need nose jobs. However, the fact of the matter is, men have sinus concerns and aesthetic wants for their noses. This is not a trivial concern. Instead, this is a real concern for half the world’s population. It’s not a gender issue; it’s a human issue.

Additionally, a myth we hear is that a natural nose is something you have to just “live with.” If there’s anything about our industry that we can say for a fact, it’s that cosmetic surgery is against the philosophy that you have to just live with your looks. Instead, if you find anything to be true in aesthetic care, it’s that you can get the look you want. Barring any medical exceptions, you can achieve this.

Besides the myths, patients also have to deal with stereotypes themselves. There is a notion that it’s not “masculine” to get cosmetic surgery. This stereotype is ridiculous! There is no genuine reason why a man cannot get a nose job. Period!

Whatever hesitation you have regarding male rhinoplasty, we ask one thing: drop it. Let go of that stereotype, those myths, and the notion that it’s not a normal procedure. It is, and we’re happy to prove it.

Contact the expert team at ARC Plastic Surgery. Dr. Jeremy White, M.D. and his stellar staff focus on helping patients gain the confidence that they deserved all along. 305-697-5901